The National Museum of American History

Celebrate the legacy of Ralph Baer at the Museum 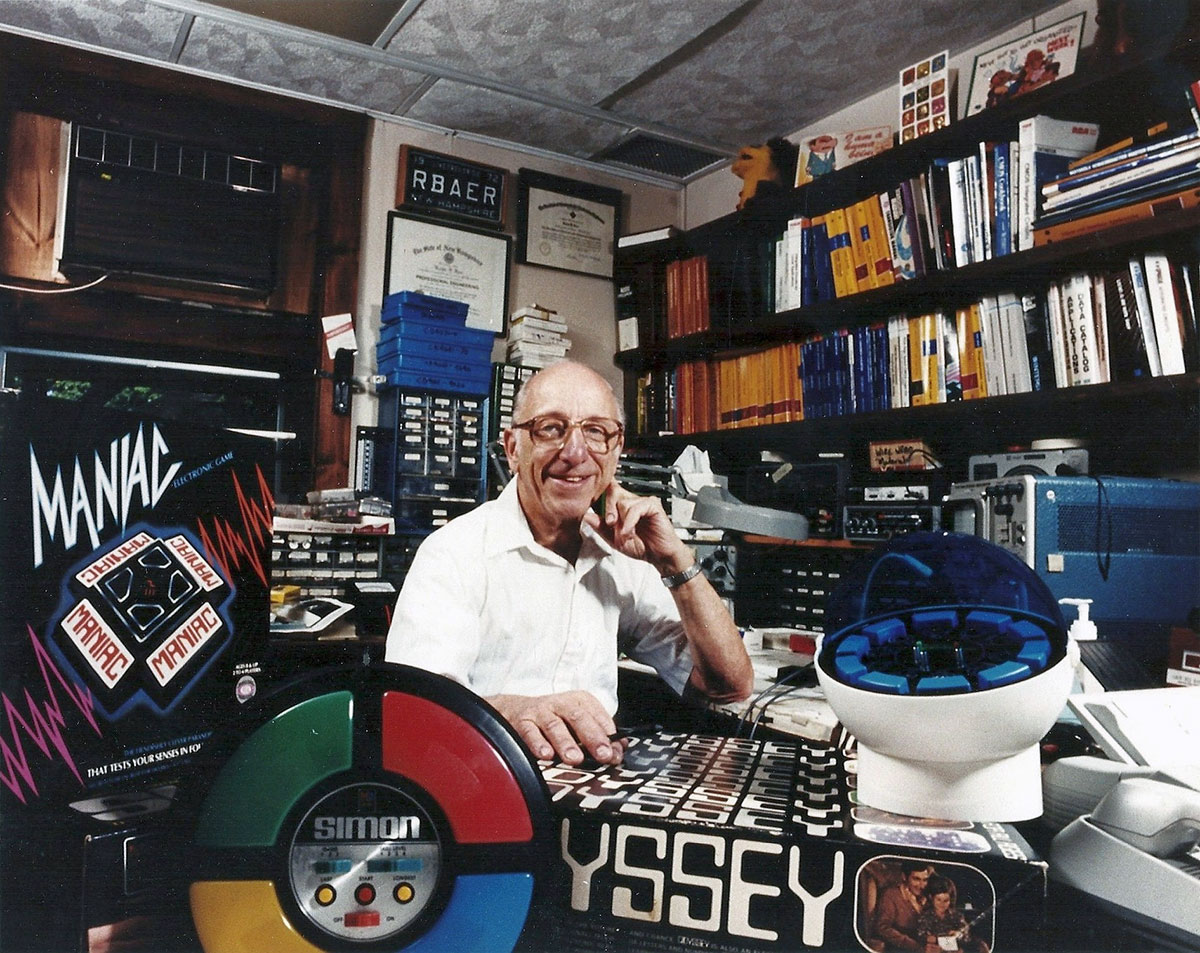 Ralph H. Baer (1922-2014) was one of America’s leading inventors, leaving a legacy of over 150 patents, dozens of electronic toys and games used by millions of children worldwide, and an extended family of inventors who knew him as a mentor and friend. Baer’s “brown box” console game system, which transformed electronic entertainment, was foundational to the emergence of the video game industry.

Ralph married his wife, Dena (née Whinston) in 1952 and they had three children during their long and joyous marriage. In the dedication to his autobiography, Ralph wrote, “To Dena, who has patiently held house and home together while I spent all hours of the day and night working in the lab.”

Baer’s documentary archive, hardware prototypes, and even the basement laboratory in which he carried out his inventive work are part of the Smithsonian’s national collections at the National Museum of American History and used regularly by visiting scholars. As Art Molella, Jerome and Dorothy Lemelson Center Director Emeritus, noted, “Ralph Baer is now not only in the National Museum of American History, he is American history; his story is America’s story.”

In 2022, to mark the centennial of Baer’s birth and celebrate his legacy in perpetuity, the Smithsonian Institution intends to create the Ralph H. Baer Endowment. Funds generated annually by the Baer Endowment will support invention education through the Lemelson Center for the Study of Invention and Innovation at the National Museum of American History.

The Lemelson Center envisions a world in which everyone is inventive and inspired to contribute to innovation. It engages, educates, and empowers the public to participate in technological, economic, and social change. The Center’s Draper Spark!Lab creates invention activities and challenges, especially for kids in the critical 6–12 age range. Children and families create, collaborate, test, experiment, problem solve, and invent at the National Museum of American History and across a growing network of 10 museums and science centers located throughout the United States and internationally.

By making a gift to help establish the Ralph H. Baer Endowment, you will honor Baer’s legacy and the inspiration he provided others by ensuring that generations of young people engage in invention education. With your support, the Lemelson Center will encourage young people to think inventively and develop more creative problem-solvers, possibility-explorers, and future-makers.

The minimum amount to establish a new endowment is currently $50,000. Your gift will be pooled with others to reach this goal. If this threshold is not met by March 8, 2022, gifts will be used in entirety to support invention education.

Your donation will make history

To learn more about giving to the Ralph Baer endowment, please contact: